The Times They Are a-Changin’… also in Italy

The Times They Are a-Changin’… also in Italy, thanks of a new generation of startuppers who don’t wait anymore for something/somebody else, but take their own destiny in their hands. So said Riccardo Luna – (first from right in the photo) the founder of Wired.it and author of  “Cambiamo tutto! Let’s change everything! The revolution of innovators” (Laterza, 2013) – yesterday at the discussion about tech communities in Italy and in New York, which took place at the Italian Cultural Institute (ICI) in New York. 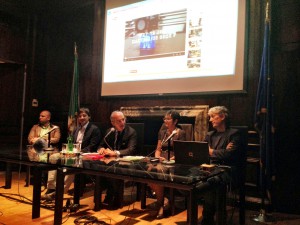 The event was organized by the Italian Scientists and Scholars in North America Foundation (ISSNAF)’s co-chair Riccardo Lattanzi, who is assistant professor at the New York University School of Medicine (second from left in the photo). Riccardo Viale, the director of ICI, was the moderator (third from left) and I was another panelist together with Micah Kotch, director of Innovation and entrepreneurship at the Polytechnic Institute of New York University (first from left). 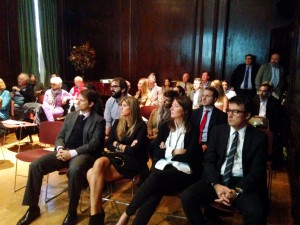 With an audience of 40-50 people full of researchers and professors, one hot theme was the role of universities in fostering innovation and entrepreneurship. New York is trying to replicate the Stanford-Silicon Valley model – I recalled – with the creation of the Cornell NYC Tech on Roosevelt island, the most ambitious project of the Bloomberg administration, which has also triggered a healthy competition with the other academic institutions in the city: NYU-Poly is building the new Center for Urban Science and Progress (CUSP) in Brooklyn and Columbia is building the new Institute for Data Sciences and Engineering in Morningside Heights and Washington Heights. 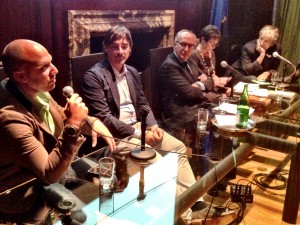 “But the university alone cannot create an ecosystem”, warned Kotch, inviting the Italians who want to build tech communities and re-launch innovation in their country to have a very long term approach: “You need a cathedral vision. When they started building the Duomo of Milan they knew it wouldn’t be finished in one generation. You must start a project knowing it will take a very long time to be accomplished. And you should start pushing for education reform to get students excited for sciences and math from a very early stage, that is already from the elementary school. Which is, by the way, a problem in the United States too”. 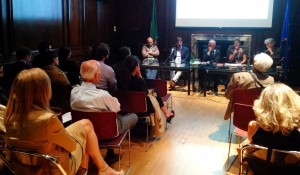 Startup communities is a global phenomenon, said Kotch, so the good news is that they can grow anywhere . It’s happening in Italy – said Luna – mentioning a few important events going on these days, such as TechCrunchItaly in Rome (September 26-27) and the first European Maker Faire in Rome (October 3-6). “Some startuppers will meet government officers at Palazzo Chigi, and that will send the message that startups are officially important in Italy for policy makers too”, stressed Luna, adding a warning: “We shouldn’t waste this enthusiasm, otherwise in two years all these startuppers will be hugely disappointed and ready to leave the country”. 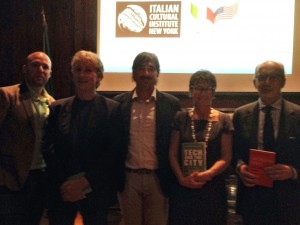