Italian Makers: the Future of Italy?

It was the celebration of Italians who don’t whine. The Makers – those who make things on their own, who have the courage to take risks, challenging patterns and conventions — gathered together in the Parco della Musica in Rome, October 2 to 5. A movement of young inventors and dreamers, non interested in a “secure” job, was born. 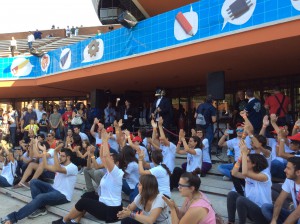 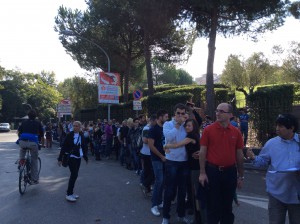 Long lines to enter the Maker Faire Rome, which had 90,000 visitors

That’s quite a change from the rallies and marches to “change the world” in 1968, when young protesters were chasing red chimeras and following bad teachers. The 90,000 young people and students who crowded the Maker Faire in Rome are active, enthusiastic, curious, positive, and above all they are individuals who use their creativity to make something that is real and useful. That is the opposite of the negative approach of political activists who believed in a “social revolution”, which turned out to be a waste of resources and hopes.

Yet, wasting resources was not inevitable. Italy has had its share of good teachers. You can see them profiled in the exhibition “Make in Italy – 50 Years of Italian innovations, from Programma 101 to the first car printed in 3D,” which is an exciting and stimulating reminder of a possible turnaround (after Rome the exhibition will travel to other Italian cities).

The idea of the exhibition started in New York, where I live, when last spring Ford celebrated the 50th anniversary of its iconic Mustang’s launch: in a surprising stunt, the automaker brought the new model of the Mustang on top of the Empire State Building. Why are Americans so good at every opportunity to show off their pride in anything Made in the USA?, I thought. Why can’t we Italians do the same?

Just 50 years ago the first “personal computer” in the world was born and it was not made by an American company, but by the very Italian Olivetti. It was the Programma101 (P101), and it was launched in New York in ’65, obtaining an extraordinary success. P101 was created by four young Italians led by Pier Giorgio Perotto, but their story is little known even in Italy (you can read it on Che Futuro ). 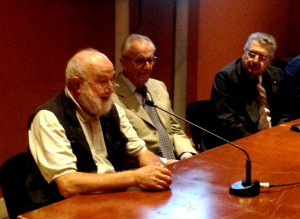 In the picture: two of the  “kids” of the team lead by Pier Giorgio Perotto who – at Olivetti – created the first “personal computer” in the world, Programma 101 (on the right: Carlo De Benedetti)

The project to tell that story was made possible thanks to the Foundation Make in Italy, founded by Riccardo Luna, Carlo De Benedetti and Massimo Banzi. And in the exhibition along with the P101 there are so many other Italian fundamental contributions to the technological revolution of the past 50 years: from the first microprocessor (the “computer on a chip”) invented by Federico Faggin to the first car all printed in 3D and designed by Michele Anoé , from Sant’Anna’s cyberhand to the open source humanoid robot of the Italian Technology Institute, from the accelerometer created by Murari and Vigna to the Common Rail engine built by Fiat engineers, from the “gym in a square meter” made by hand in his garage by Nerio Alessandri (Technogym) to the “Amazon of fashion” invented by Federico Marchetti (Yoox), from the “clean” plastic produced with waste and bacteria by the former graphic designer Marco Astorri to Arduino, the open source platform of hardware and software that is used by the Makers all over the world to invent everything. 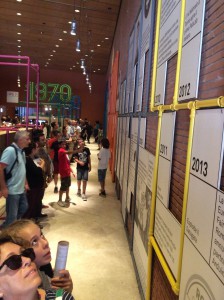 So many stories are not meant only to celebrate the past, but to inspire the future. And judging by the energy and desire to innovate that was expressed by the protagonists of these stories during the inauguration of the exhibition – on Thursday, Oct. 2 – Italy’s future is not that bleak scenario that you can fear watching TV talk shows. “After seeing this exhibition we go home full of pride and aware that we can make it – said Alessandri -. However from these stories young people have to understand that they must have more confidence in their ideas and more courage to take risks.” Alessandri quit from his secure job when he was 22 in order to devote himself full time to the crazy mission of “get the world moving again” with its fitness machines, and he succeeded. 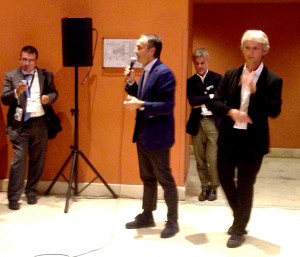 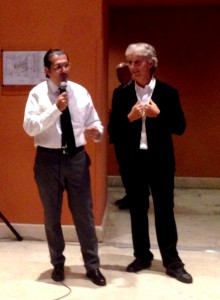 “The stories in this exhibition teach that we should never stop trying new ways – said Anoé -. I know how to make cars, I’ve been working in the auto industry for 20 years, but I wondered how to reinvent them using the new technology of 3D printing.” So Anoé won the international competition for designing the first 3D car, which was organized by the American company Local Motors. And speaking of cars, very soon their plastic components will be made out of Astorri’s biodegradable material, the inventor revealed: “We have entered into an agreement with Magna International to produce bio-plastics for the automotive industry. We had started with a € 900 investment for a Mac, now our company Bio-on is worth 150 million euro and about to go public.”
As the exhibition travels to other Italian cities, high school students are invited to participate in the competition for “inventing the new P101”, i.e. an object capable of really “changing the world”, as has it happened for the first personal computer made in Italy. 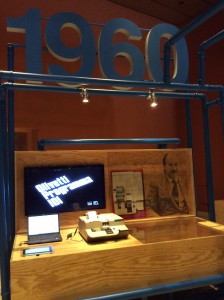 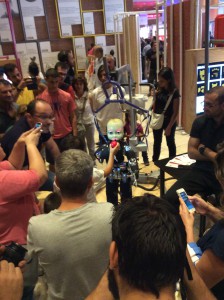 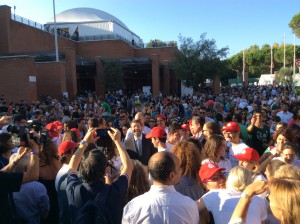